UPDATE 24/06/2011: first couple of bottles we’ve tried taste rather nice, and it was interesting to compare it to a pint of the real thing (Badger First Gold) whilst in Poole the other weekend – tastes very similar!

Having had two problem brews (#4 and #5), my confidence was knocked so it took a little while to summon up the energy for this brew, despite having had the ingredients for a few months.

It’s based upon the Barley Bottom Old Yella recipe, but I replaced Fuggles with Goldings as I had no Fuggles around… and it comes in at much weaker 1.032 OG as I use more liquid in the sparge. 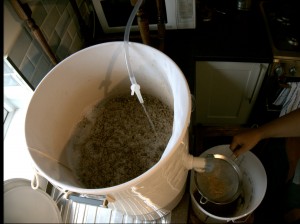 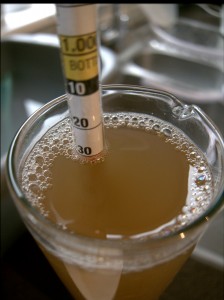 This entry was posted in Home brew. Bookmark the permalink.